The Conservatives, who recently had their majority on the Council cut by the Lib Dems at May’s local elections, pushed through the change as part of the council’s new media protocol. It says that the council’s press officers will now not only have to publicise the council’s activities but also the work of the area’s Conservative MPs, when they are invited to events by Conservative councillors.

Lib Dem Group Leader, Cllr Claire Young said: “This is a clear abuse of power and council resources by a Conservative administration which has no respect for what is right or proper. When residents pay their council tax bill, they don’t expect it to go on subsidizing party-political publicity for the Conservative Party.”

Cllr Mike Drew, Lib Dem spokesperson for Resources said: “Why should this council provide media support for Conservative MPs, when these are the people who are going to Westminster each week and voting to cut council services, and funding for our struggling local schools? They don’t support local government so why should local government support them?”

Cllr Tony Davis said: “The council’s press office is supposed to be called Corporate Communications, not Conservative Communications. This is further politicising what should be a council service for residents, not just a service for the political party running the council. It stinks.”

Newly re-elected group leader, Claire Young (Frampton Cotterell) said: “I’m delighted in our new frontbench that we have a great balance of experienced returning councillors and new councillors bringing fresh ideas. I know that this will be a really dynamic team who will do a great job of holding the Conservative-run Council to account.”

Adrian Rush (Chipping Sodbury & Cotswold Edge), who returned to the Council after defeating former Conservative Cabinet Member Rob Creer earlier this month, will lead for the Lib Dems on Planning, Transport and Strategic Environment. While Louise Harris (Dodington), who joined the Council last year after her by-election win will take on the Community Services and Tourism brief, which covers services as diverse as libraries, leisure centres and recycling collections.

Two first time councillors, elected in May, will also take on shadow cabinet roles. UWE student James Arrowsmith (Stoke Park & Cheswick), who at 23 is the youngest member of the Council, will take on the Children & Young People’s portfolio. While lecturer and former teacher, Jayne Stansfield (Thornbury), becomes the new Lib Dem lead member for Schools, Skills and Employment – and will lead the fight against Conservative SEND cuts and chronic underinvestment in local schools. 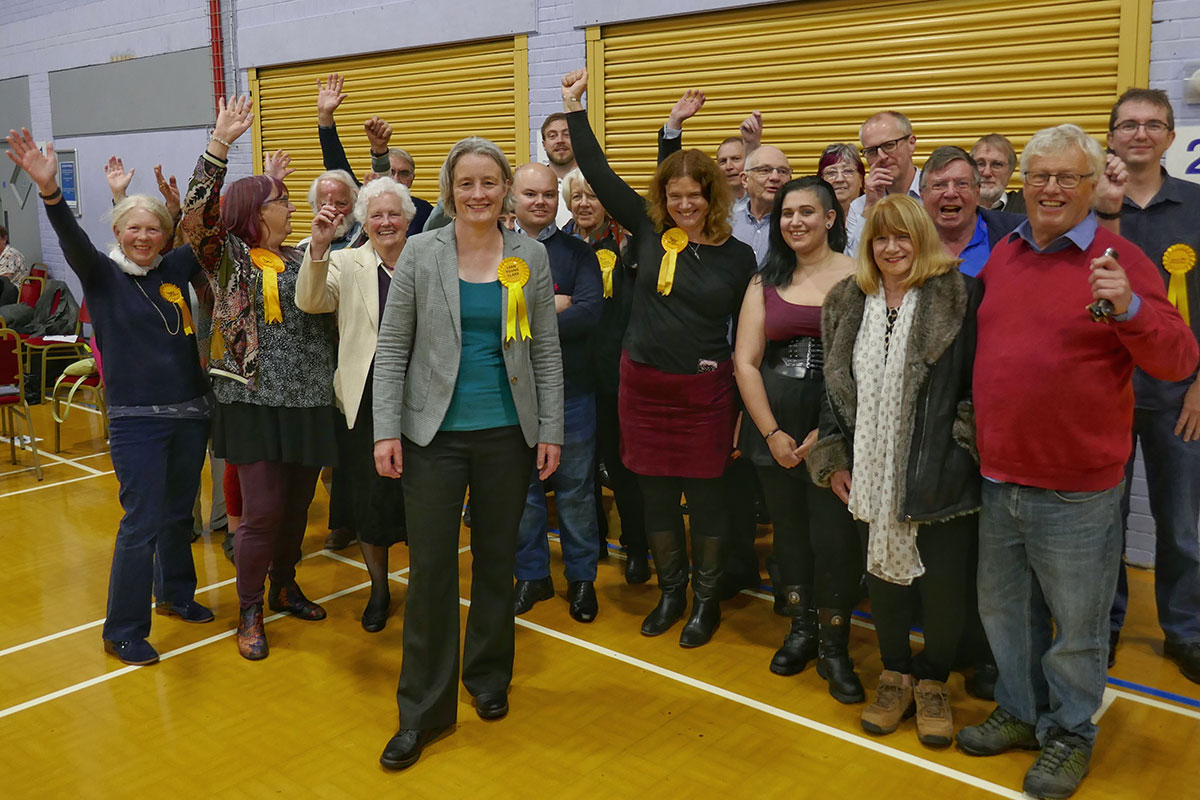 Lib Dem campaigners have welcomed news that X-ray services will be available at Yate Minor Injury Unit (MIU) during weekends and Bank Holidays from later this month.

"When it was announced that the MIU would be open 8am to 8pm seven days a week from April, we challenged health chiefs about the lack of X-ray services at weekends. We kept pushing and are delighted that they have now agreed to offer X-rays on weekends and Bank Holidays during the busier periods of the day from later this month."

"We've long argued that weekends are some of the busiest times for minor injuries, especially for people playing sport. It's great news for people in the Yate area that they will now be able to get an X-ray at the weekend."
Share

Our reaction to Conservative MPs’ irresponsibility on indicative Brexit votes

Luke Hall (Thornbury and Yate, Conservative) and Chris Skidmore (Kingswood, Conservative) both voted to reject all eight options presented to MPs – while Jack Lopresti (Filton and Bradley Stoke, Conservative) voted only in favour of a No Deal Brexit with no agreement and against all seven other proposals.