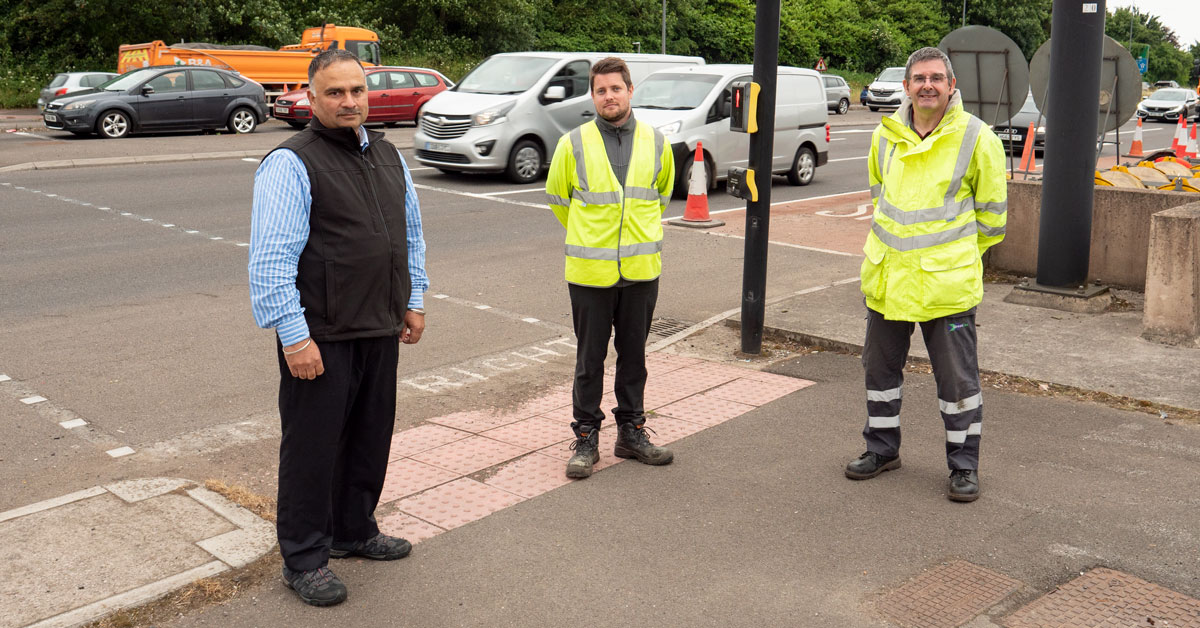 Local campaigner Raj Sood met with South Gloucestershire Council Engineers this month to discuss the design of the Hambrook Lights junction, and its impact on public safety, traffic congestion and associated pollution. Discussions also took place with several cyclists using the crossings at the time, who described dangerous incidents they had witnessed or experienced. The engineers provided a detailed briefing on the current design, the choices and compromises that have been made, and legal and other constraints. Topics covered included:

The StreetCare team emphasized that they are keen to engage with the Public and local political activists, which they feel helps refine scheme design and inform political policy. Raj Sood said:

"I want to thank South Glos StreetCare for such a useful meeting. The issues surrounding the Hambrook Lights are something that the residents of South Gloucestershire, but especially those locally in Frenchay & Downend, care a great deal about. This meeting we help me and my team develop our ideas for improvements in the future."