Save Our Buses Campaign Continues 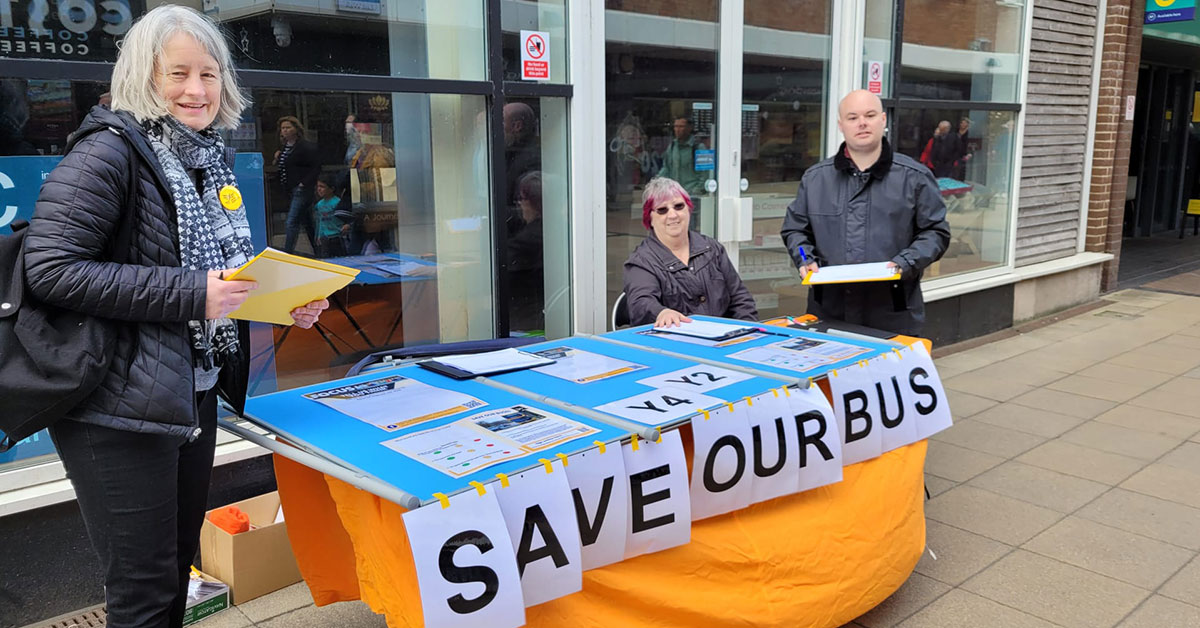 Liberal Democrats are calling for the West of England Mayor to work with them to find creative ways to deliver better bus services for local people.

South Gloucestershire residents have become increasingly frustrated following bus cuts in April and frequent delays and cancellations. Thornbury lost its T2 service, leaving local people without a direct service to Southmead Hospital and the college at Filton. Residents of Bradley Stoke were shocked when the 73 was re-routed without them being informed and the Y4 now terminates at Yate Park and Ride rather than the town centre. The Y2 was cut, leaving Yate residents without access to medical services in Downend and those from Downend unable to travel to Yate Shopping Centre. The services that are available have been plagued by unreliability.

At the WECA meeting on Friday 1st July, Cllr Claire Young, Leader of the Liberal Democrat Group on South Gloucestershire council, submitted a petition with over 700 signatures calling for the cuts in services to be reversed and for more frequent, reliable and affordable services.

“After the disruption of the lockdowns and with fuel prices soaring, we have a real opportunity now to convince people that there are better ways of getting around than always going by car. The problem is that when people look at trying the bus, the services aren’t available to go where they want to go, when they want to go, or if they are, they find them unreliable. Too many people are telling us they’ve tried, it didn’t work, never again.

“We need to be thinking in a radical way, not tinkering around the edges. We are really keen to work with you on creative solutions so that using the bus becomes an option for many more people for many more journeys.”

Lib Dem Councillor Maggie Tyrrell (Thornbury) has succeeded in getting WECA Mayor Dan Norris invited to a scrutiny meeting at South Glos council on 6th July to answer questions about exactly how he intends to provide a useful bus service. She said:

“We have heard from people the impact of losing bus services on their lives - not being able to get to college, missing hospital appointments and finding it difficult to get to work - which is why we were keen to get WECA mayor and bus operators to our meeting to answer how they will make improvements to bus services for residents of South Gloucestershire.”