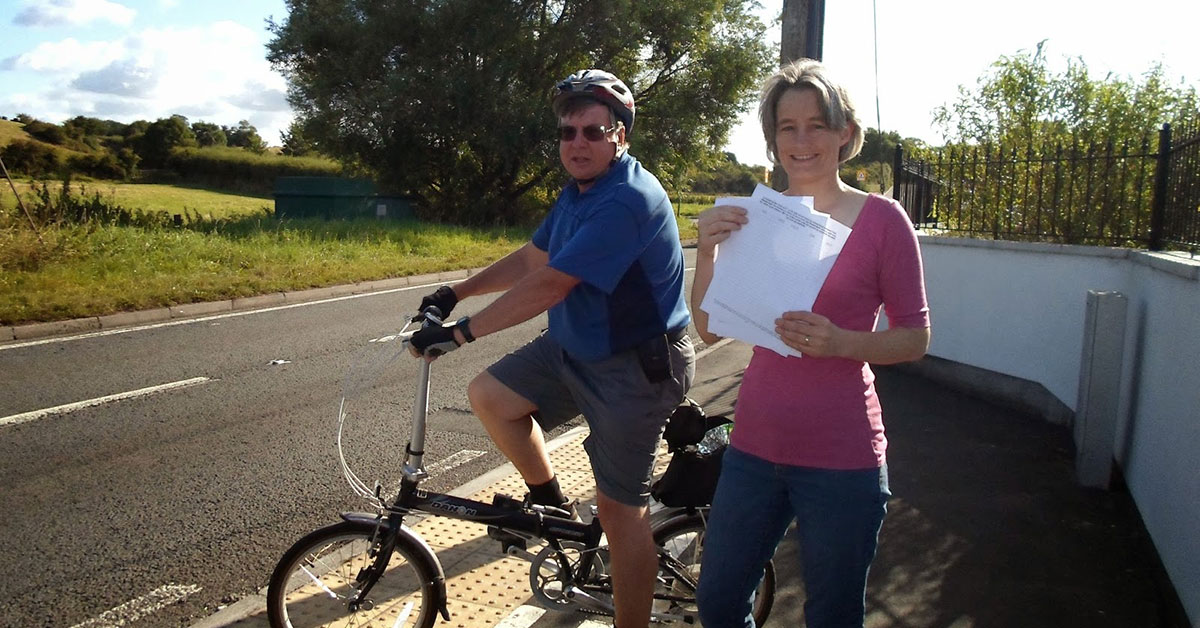 At Friday's WECA meeting with the Metro Mayor, Leader of the Liberal Democrat Group on South Gloucestershire Council, Cllr Claire Young spoke in support of the Yate Spur and Alveston Hill Cycleway schemes.

In a statement ahead of the meeting, Cllr Young said:

“The Alveston Hill scheme will greatly improve cycle access between the A38 and Thornbury, where the narrowness of the road and the lack of land to widen it has been a major barrier to cycling in the area.  Parents don’t let their children cycle to Marlwood School from Thornbury because the hill is seen as dangerous. This proposed funding is the only realistic opportunity we’ve seen to acquire the land needed to make the scheme a reality.

“My Liberal Democrat colleagues and I have been campaigning for the Yate Spur cycle path for many years. With progress slowing, in 2014 we launched a petition calling for the completion of the route.  We hope that the decision made today will mean that the route will finally be completed. This will multiply many times the benefits of the investment in the previous stages and open up the Bristol Bath cycle path to more people. “

“I urge you to support those schemes this afternoon and bear in mind future opportunities to expand the network, such as the Frog Lane Colliery Dramway route.”

This route would link Coalpit Heath to the Yate spur. Cllr Young and her ward colleagues Cllr Jon Lean and Cllr Tristan Clark have already discussed it on site with South Gloucestershire’s Executive Member for Regeneration, Environment and Strategic Infrastructure.