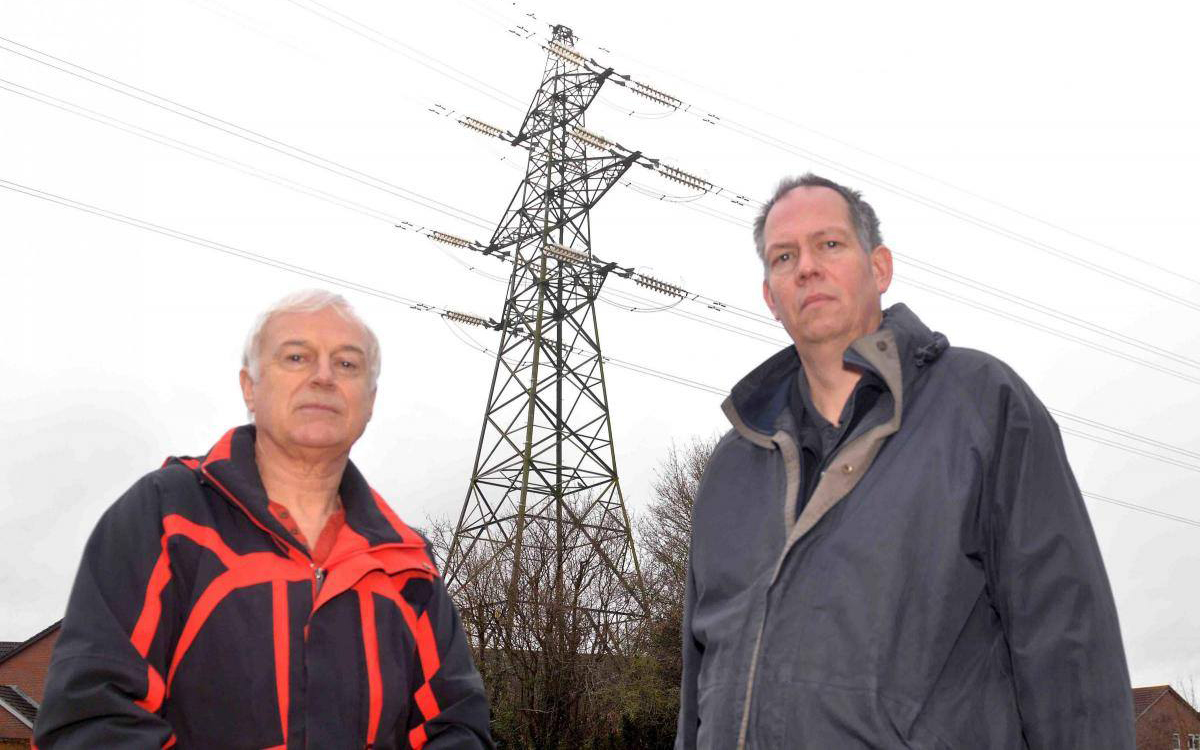 Local residents in Brimsham Park, Yate, are delighted with the news that eyesore overhead pylons which dominate the area are set to be removed in 2022 - thanks to the perseverance of Mayor, Karl Tomasin and his colleagues.

Massive overhead pylons currently dominate the landscape in Brimsham Park. Residents expected them to be removed a year ago, but when it did not happen, South Gloucestershire Council said there was nothing they could do.

But Karl did not give up. He met up with Western Power and tracked down the officer responsible. Having gained the backing of the Town Council, his campaign has been in touch with Western Power regularly ever since, even during lockdown.

This week, Western Power came back with the following news:

“Just to conﬁrm we are now looking to move forward with an underground solution from the [Barretts’ Ladden Gardens development] to [Brimsham] Substation. The works are not expected to be completed until sometime late 2022. I would expect there to be disruption to residents from early 2022 while the cable route is installed. Obviously these are only indicative timescales for now and the scheme is reliant on [Barretts] funding the scheme.”

Karl commented “Western Power have been working really hard to get a solution - even during lockdown they were on the case. I am relieved we now have a target date. Residents have put up with this for far too long. A big thank you to the Western Power oﬃcer, who has worked so hard with our councillors to get to this stage. A pity South Glos Council wasn't willing to add its weight to our local work.”

Residents have already said how delighted they are. Lots of fingers are now crossed. A resident added “For once we will be glad to have roadworks!”