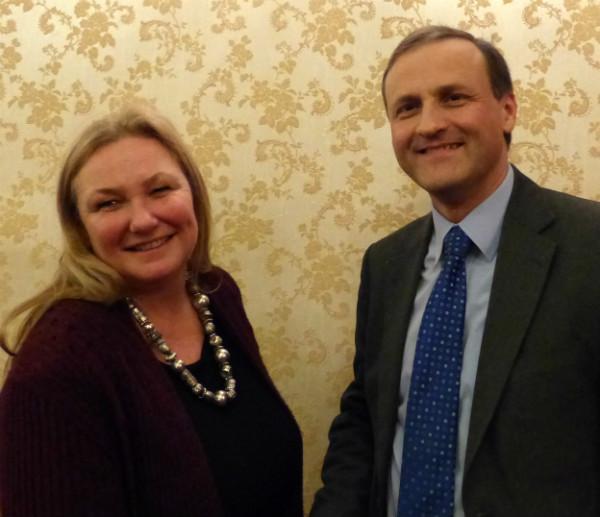 Thornbury & Yate MP Steve Webb was last night (Friday 17th) unanimously re-selected as the Liberal Democrat candidate for the constituency at the next General Election.

At a packed adoption meeting at Chipping Sodbury Town Hall, the MP told members and supporters about the things that had been achieved since the Coalition Government was formed, including delivering on the Lib Dem pledge to raise the tax-free income tax threshold to £10,000.  He also talked about his own work as Pensions Minister, restoring the ‘earnings link’ to the basic state pension, and overseeing a programme to ensure that millions of workers get a workplace pension for the first time.   During a lively question-and-answer session, several members paid public tribute to Steve for his work as the local MP over the last seventeen years and pledged to work to see him re-elected.  In a secret ballot conducted on the evening, and including votes cast by post, Steve was unanimously re-selected to be the Lib Dem candidate for Thornbury & Yate.   Speaking at the end of the evening, Steve said:

“I am humbled and honoured to be invited by my local party colleagues to fight a fifth General Election.  We are a strong team of hard-working and committed community campaigners, tackling everything from pavements and potholes in the local area to the great issues of state in Government.   I believe that we have a very positive story to tell about the difference that we have made in Government, despite the difficult economic backdrop, and I look forward to getting the message out in the coming months”.

“It was obvious from the meeting how well loved and respected Steve is, not only among committed Liberal Democrats but among the wider community.   We are unanimous that we want Steve to be our candidate in 2015, and I look forward to working alongside him to achieve another excellent result at the next election”.