Thornbury and Yate Liberal Democrats have this week announced that their Parliamentary Candidate will be selected on 15th July.  Longstanding and popular MP Steve Webb, who was narrowly defeated at the 2015 General Election, has announced he will not be seeking re-selection, and will instead continue his local work as part of a new candidate’s team. 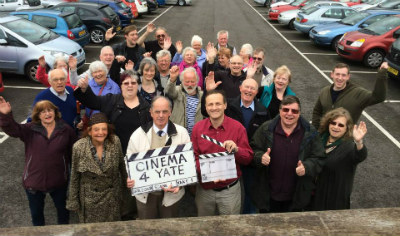 With speculation mounting about a possible ‘snap’ election, Mr. Webb  announced his decision. He said : “It has been a huge privilege to serve the people of this area for eighteen years.  In that time, I have met so many committed campaigners and selfless individuals who give so much to their local community.  I also owe a huge debt to my team in the constituency office and to our active local campaigners who have taught me so much.  Our strong team of local Councillors and campaigners and our new candidate for Parliament will continue to have my wholehearted support.”

In his letter to members, announcing his decision Steve Webb said:

“The country is going through massive trauma, which will have huge effects on our lives here in Thornbury and Yate.  With talk of a ‘snap’ General Election in the air, I wanted to contact you personally to let you know that after much reflection, I have decided that we need  a new candidate to lead our community through a long period of transition and play their role in helping our country rebuild. I will of course as a local resident continue to do all I can to support our candidate and to work to help our community.”

Council leader, Ruth Davis, said: "It is impossible to put into words our gratitude to Steve on behalf of our community and the countless people he and the team have helped. He has built a really strong team of people committed to the needs of our residents. That team is carrying on the work, with him as part of it.  Since the Referendum we have been staggered by the large number of  people coming forward to join the party locally. We had a massive growth in membership just after the general election and that has happened again this year.  So we are in a stronger than ever position and ready for the challenges the country faces."

Steve Webb was MP for Northavon and then Thornbury & Yate from 1997 to 2015 and Minister for Pensions from 2010-2015.   In addition to his highly-regarded work on pensions, Mr. Webb was a passionate local campaigner, working alongside local people to deliver a cinema for Yate, improved bus services to Southmead Hospital, fighting cuts to local services and raising local issues in the House of Commons.   He still lives with his family in Olveston, near Thornbury.

At the last General Election the Lib Dems were defeated in this constituency by just 1495 votes, making this seat the closest fought between Lib Dems and Conservatives in the whole South West.