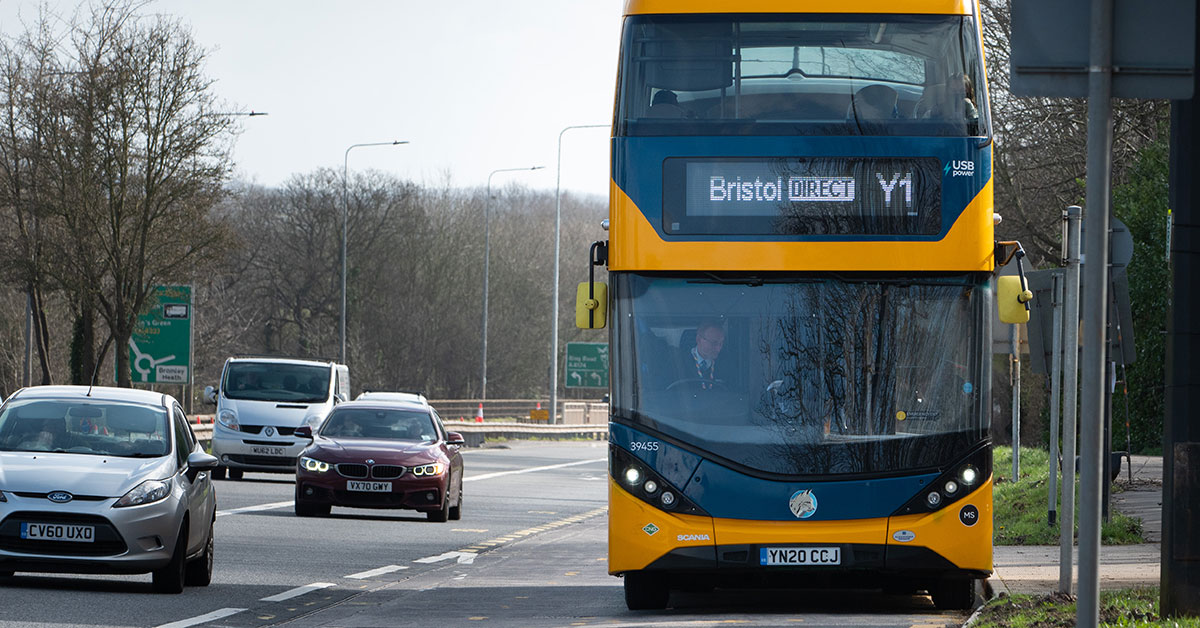 The Liberal Democrats successfully forced South Gloucestershire Council to pass a motion at this week’s Annual Council Meeting, calling for a significant increase in rural bus services, to be paid for with funding from Central Government.

Responding to a report by CPRE: the countryside charity – highlighting the poor state of the rural bus network, South Gloucestershire’s Liberal Democrat Group proposed a motion welcoming the report and calling on the Council’s Leadership to take action, working with the newly elected Mayor of the West of England and the Department for Transport.

Disappointingly, the Conservative majority on South Gloucestershire Council refused to consider proposals for bus franchising, which the Liberal Democrats have been advocating, and insisted on amending the proposed motion to exclude bus franchising and remove the requirement that the Leader of South Gloucestershire Council takes any action to actually improve local bus services locally.

“This motion is asking for South Glos Council to work with the WECA mayor and Department of Transport to deliver an effective network of buses throughout South Glos. Ideally we would like to see a bus every hour to every village above 300 people in South Glos, as proposed by CPRE.

“This is ambitious but it can be done.

“We have declared a climate emergency here is South Glos and need to cut our CO2 emissions dramatically. Private cars account for 20%, according to the ONS, and 55%, according to carbonbrief.org, of the greenhouse gas emissions in the UK. Whichever figure it really is, getting people to swap their cars for buses would be a good start to reduce emissions.

“But this isn’t going to happen unless a reliable system of public transport is in place first!”

“Many of our villages only have a bus every 2 hours, or none at all. According to the LGA (Local Government Association), only 80% of rural residents live within 4 km of a GP surgery compared with 98 per cent of the urban population. In other words, to live in the country you need to have a car or be prepared and able to walk or cycle considerable distances.

“This motion is asking for our Council leader and Cabinet member for Regeneration, Environment and Strategic Infrastructure, amongst others, to work with The WECA mayor and the Department of Transport to get an effective, reliable, low carbon network of buses and most importantly regular service across the whole of South Glos. We would ask them to aim high – to aim for a bus every hour to all villages of 300 or more residents.”

“I am please that, thanks to the work of the Liberal Democrat Group, we have forced this issue onto the agenda and got the Conservative administration to acknowledge that our rural bus network is in dire need of investment.

“However, I am disappointed that, as is so often the case, the administration decided to play silly political games at Wednesday night’s meeting rather than work with councillors from other parties.

“We have genuine policy differences over, for example bus franchising which the Liberal Democrats advocate and the Conservatives oppose. It is ironic given that the Conservative Transport Secretary has just announced that rail services are going to be run in a more coordinated way, that locally South Gloucestershire Conservatives oppose doing something similar for buses, but they do.

“Unfortunately, it was not the issue of bus franchising, where we could have had a debate, that the Conservatives decided to focus their contribution, but on a wholly confected argument about carparking charges – which the Liberal Democrats oppose when we ran the council, have opposed in opposition and continue to oppose.

“The CPRE report lists a suite of different options for how improving the rural bus network can be paid for, we have been very clear that we believe diverting money from roadbuilding towards public transport is the option we favour.

“The Conservative Group will doubtless be relieved that, owing to “technical issues” members of the public have not been able to watch Wednesday’s Council meeting – as it was a prime example of the childish tactics and level of debate offered by the ruling Conservatives.”

The full text of the motion proposed by the Liberal Democrats, amended to respond to comments from other political groups, is reproduced below.

A Bus for Every Village

South Gloucestershire Council notes the publication in March 2021 by CPRE: The Countryside Charity of the report, “Every village, every hour – a comprehensive bus network for rural England” which highlights the inadequacy of bus services across rural England and proposes measures to improve them.

That the report’s findings highlight:

That the report’s recommendations are to:

However, The Council also notes, and is concerned by, the CPRE report recommending the introduction and increase of parking charges as a prominent way by which costs for such a network can be managed. Free car parking remains one of the most prominent Council policies to support our local communities and encourage visitors to our High Streets and Town Centres.

South Gloucestershire Council believes that delivering regular and frequent bus services, connecting our area’s villages to nearby towns and cities, at times when people can use them, would be transformational to the rural economy and housing market and would play a vital part in enabling the UK to live up to the newly-announced target of cutting carbon emissions by 78% by 2035 and enabling South Gloucestershire to live up to the commitments made when this Council declared a Climate Emergency in July 2019.

South Gloucestershire Council welcomes this report and calls for the Leader of the Council and the Cabinet Member for Regeneration, Environment and Strategic Infrastructure, together with other colleagues, to work with the newly-elected West of England Mayor and the Department for Transport, on plans, including bus franchising, to deliver an effective network of low or zero emission buses across South Gloucestershire.