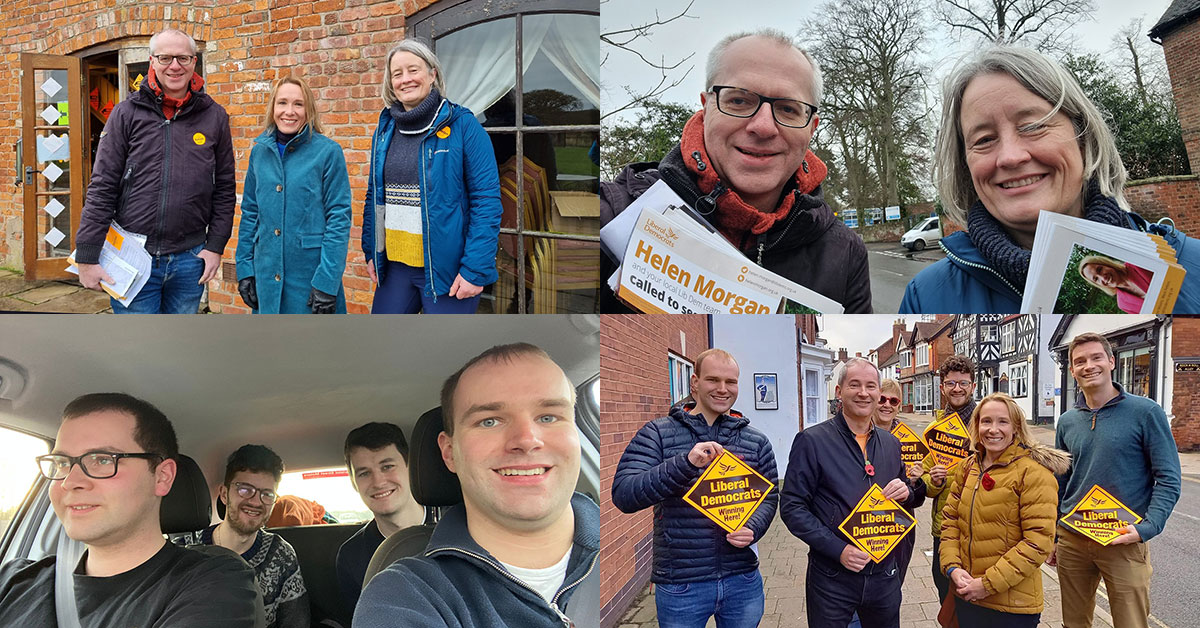 Liberal Democrats across the country are celebrating the extraordinary by-election victory overnight in North Shropshire. Many South Gloucestershire members contributed to the campaign. Some visited in-person to deliver literature or canvas voters, while others manned the phones or simply made a financial contribution.

The Liberal Democrats are on track to win seats across the country at the next General Election, including in South Gloucestershire, following this historic victory.

North Shropshire was previously considered a safe Conservative seat, with a majority of almost 23,000 votes. It is the second parliamentary by-election the Liberal Democrats have won against the Conservatives this year, following their victory in Chesham and Amersham over the summer.

The Liberal Democrats have been winning locally in recent elections. In South Gloucestershire they were the only party to gain seats in the last Local Elections, and came extremely close to winning the previously safe Conservative ward of Frenchay and Downend in a by-election earlier this year.

Claire Young, Leader of the Lib Dem Opposition on South Glos Council, and candidate for Thornbury and Yate Westminster Constituency in 2019, believes the party’s win in North Shropshire could pave the way for wins at the next General Election locally.

“We saw last night in North Shropshire that people are fed up with being ignored and taken for granted by the Conservatives.

“In South Gloucestershire, just like in North Shropshire, voters can back the Liberal Democrats to send Boris Johnson’s Conservatives a clear message.

“I have been swamped by messages from local people who are appalled by Boris Johnson’s behaviour over alleged illegal parties under his own roof and his inability to be honest about it.

“The Liberal Democrats believe people deserve a fair deal where everyone plays by the same rules – including those in Downing Street. We will deliver that fair deal with good schools, safe streets, and high-quality healthcare.”