Local MP Steve Webb has welcomed news of a breakthrough in the campaign for a vaccination for Meningitis B, following publication of a key report today. 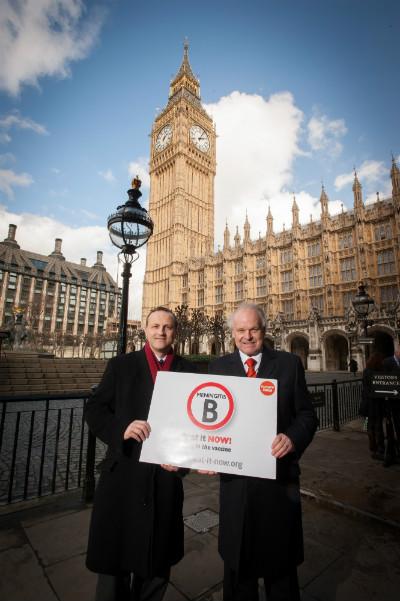 The Joint Committee on Vaccination and Immunisation (JCVI) has published a report saying that vaccination for Meningitis B should be added to the schedule of childhood immunisations, subject to the outcome of successful negotiations on price with the manufacturer, Novartis.   The MP has been working with Thornbury-based charity the Meningitis Research Foundation on this campaign since last year when the JCVI initially questioned whether the vaccination should go ahead.   He met Chris Head, Chief Executive of MRF and other MPs and campaigners at Westminster, including local campaigner Steve Dayman (pictured), founder of the charity Meningitis Now.   Following this meeting Steve Webb wrote to the Health Secretary to urge him to support the vaccine, and has welcomed the change of heart.

“I am delighted that the campaign for a Meningitis B vaccine looks as though it has succeeded.   Meningitis is a terrible disease and it is great news that Britain is now going to be a world leader in protecting our children against Meningitis B”.