What does an MP do? 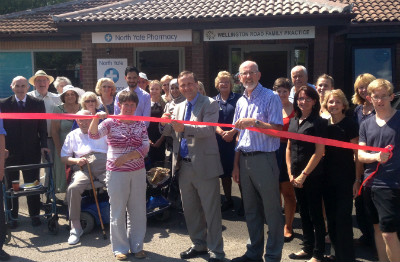 As a Member of Parliament who is also a Government Minister, I take part in debates in the House of Commons and respond to Parliamentary questions.

You can find full details about my work in Parliament on They Work For You, which also includes a summary of my expenses.

I am currently the Minister of State for Pensions, which means that I speak for the Government on pensions and other social security issues.  From 2009-10 and between 1999 and 2005,  I was the Liberal Democrat Shadow Secretary of State for Work and Pensions.  Click here to read my speeches.

From time to time I have been able to secure a debate in the House of Commons on an issue of local or national importance. These are known as"Adjournment Debates".  An MP has 15 minutes to raise an issue, and a Government minister then has 15 minutes to respond.

Please note adjournment debates are secured by backbench or opposition MPs and I have been unable to call one since being a Minister.

"Early Day Motion", or EDM, is the term used to describe notices of motions given by MPs that are not generally expected to be debated. It is a device to draw attention to an issue, and to elicit support for it by inviting other MPs to add their signatures. Click here to see a list of all EDMs currently proposed, or click here to see a list of the EDMs I supported before becoming a Minister.

Please note that EDMs are only signed by MPs not serving in Government, and I have been unable to sign any since being a Minister.

Members of Parliament not serving in the Government have the opportunity to ask questions of Government Departments about topical issues relating to their constituencies or their portfolios. Since being made a Minister, I have been answering questions on behalf of the Government rather than asking them. Click here to read some of my questions, including those from the last Parliament, and the answers given and received.

When I was an opposition MP, I sometimes had the opportunity to speak in debates and ask questions to the Prime Minister and other Ministers on a wide range of political issues in the House of Commons.

In 2008 I shadowed the department of Environment, Food and Rural Affairs and then the newly created department for Energy and Climate Change, I spoke in the House of Commons on these areas, as well as representing the party during the passage of legislation such as the Energy Bill and Climate Change Bill.

As Liberal Democrat spokesman on Health between the summer of 2005 and December 2006, I spoke in the House of Commons on a range of issues such as cancelled operations, waiting times and NHS dentistry. I also represented the Lib Dems in debates on related legislation as it went through Parliament.