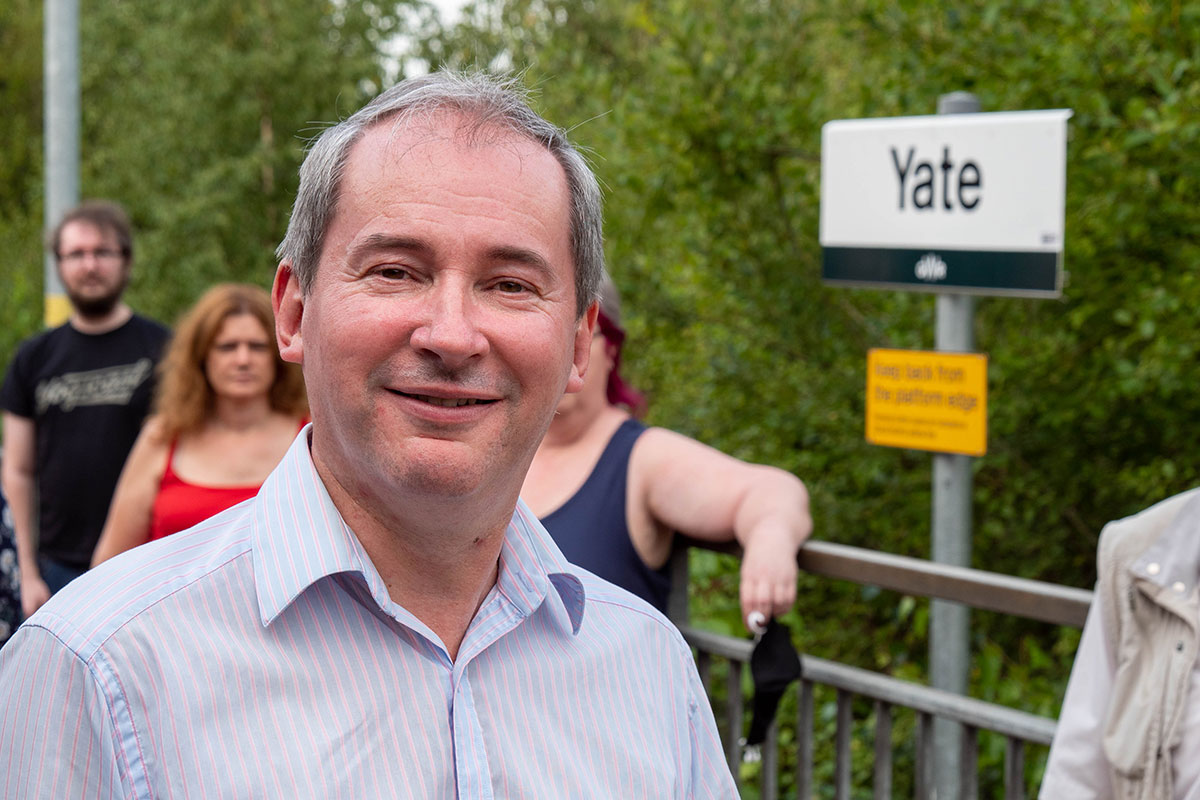 There will still be just one train an hour into Bristol serving South Gloucestershire’s largest town. There is also one train per hour heading north into Gloucester. Many other trains pass through the station without stopping.

Local Liberal Democrats successfully campaigned to get the station re-opened in the 1980s and have been pushing for years to get extra services. Over 300,000 passenger journeys are made from the station each year, but many more of the 35,000 plus people who live in Yate and Chipping Sodbury would catch the train with more frequent services.

Planning the future of local rail services is led by The West of England regional Combined Authority. Stephen Williams, the Liberal Democrat candidate for Mayor of the West of England in next year’s election, said:

“The West of England must have the worst city region rail network in the country. Potential passengers can only look with envy at the level of service in nearby Cardiff or Birmingham. Yate residents have had to endure just one train per hour for the last 30 years when in that period there has been a huge expansion of houses in the town.

“The prospect of extra trains has been discussed for over a decade but nothing has changed. We don’t need more talk, we need action. The current Conservative Mayor has failed to deliver any local rail improvements.

“I want to see an extra train each hour stopping at Yate, which could come in at the same time as the re-opening of Charfield station in a few years time. If I were Regional Mayor there would be a much greater sense of urgency about delivering a transformation of our local rail and bus services, helping to turn the region carbon neutral by 2030.”

The photo shows Stephen Williams with Yate area councillors in the background at Yate station. The picture was taken in the summer in line with the social distancing rules at the time.

The current hourly rail service from Yate into Bristol takes around 25 minutes. Most of the other trains that currently pass through Yate are fast inter-city services through Cheltenham or Bristol Temple Meads. Extra rolling stock will be needed for enhanced services through Yate, as part of the planned Metro West network improvements.