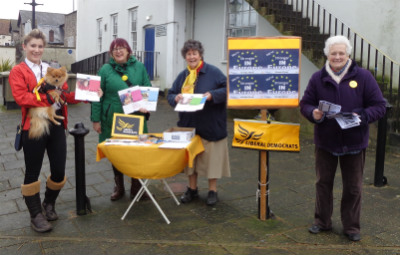 People also stopped to discuss the pros and cons with the Lib Dem team who were pleased to answer questions and offer further information. 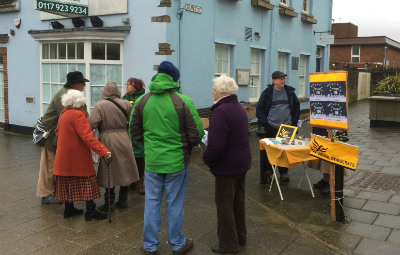 “It was very heartening to find how many people were willing to sign their names in support of remaining in,” said  Clare Fardell, councillor for Thornbury North.  “We will send these people further details, and I am sure that we will be holding more street events as the weeks pass.”

"Now the referendum campaign begins in earnest. It is the biggest vote in a generation and it will settle not only Britain's relations with Europe but also our place in the world.

"The Liberal Democrats are the only party completely united around the case to remain.

"Together the EU has created the world's largest free trade area, delivered peace, and continues to give the British people the opportunity to live, work and travel freely. History shows that Britain is better when it is united with Europe."

Anyone wishing to know more about the EU referendum can visit www.libdems.org.uk/europe.