Lib Dems keep up the pressure on SEND Crisis campaign 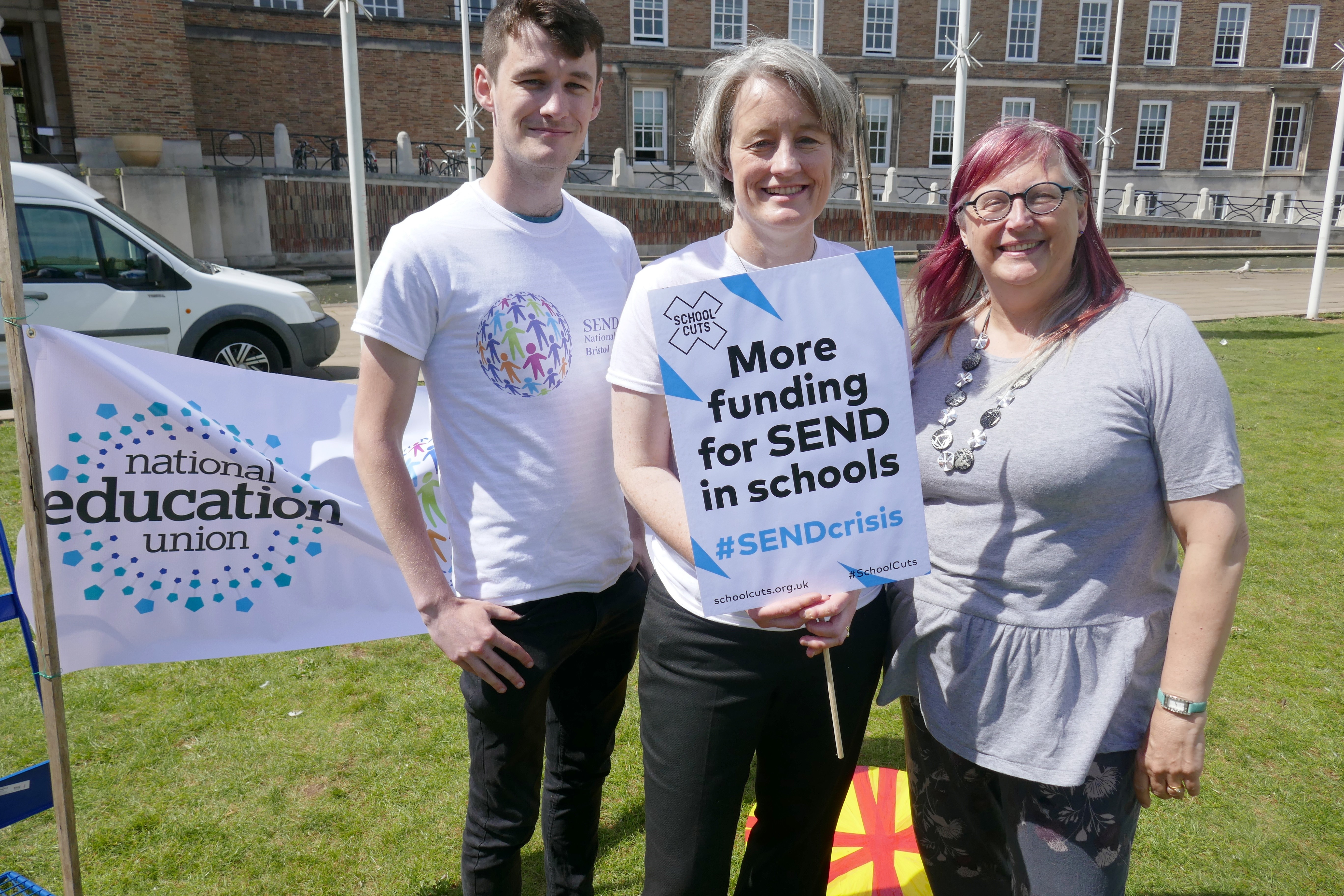 South Gloucestershire Lib Dems have pledged to keep the pressure up on the Conservatives over their failure to act over the national crisis in Special Educational Needs (SEND) funding. Liberal Democrat councillors Claire Young (Frampton Cotterell), Jayne Stansfied (Thornbury) and James Arrowsmith (Stoke Park & Cheswick) joined thousands of parents and campaigners across the country in taking part in a SEND Crisis Day of Action on Thursday.

Lib Dem Group Leader, Cllr Claire Young, said: “Parents shouldn’t have to fight to get support for their child with SEND but they do - to get their child's needs identified, to get early support in school, to secure an education health and care plan and to get that plan implemented. And it's a fight that never ends, because at every stage there is the risk of losing provision. As a councillor I hear from parents who feel like they are losing that battle.”

“In South Gloucestershire, as elsewhere in the country, the government funding for SEND hasn't gone up as demand has gone up. Between 2016 and 2018 the number of pupils with identified Special Educational Needs in South Glos went up from 1,398 to 1,744, nearly a 25% increase in just two years. To make matters worse at a time of underfunding across the board, South Gloucestershire is one of the lowest funded per pupil authorities in the country. Government need to take notice of this crisis now.”

Local Lib Dem Education spokesperson Cllr Jayne Stansfield said: “As a parent and former teacher this is a problem that is very close to my heart. My fear is this crisis is yet another issue that is being ignored by the Conservatives as they tear each other apart over Brexit and vie for the leadership. The children who are being let down as a result of Government inaction won’t have another chance to be children. For them it’s now or never. Their life-chances could be seriously affected by the failure to take this problem seriously. We will be raising this issue with the Conservative administration at July’s meeting of Council, and we will keep the pressure up until we finally get some action.”