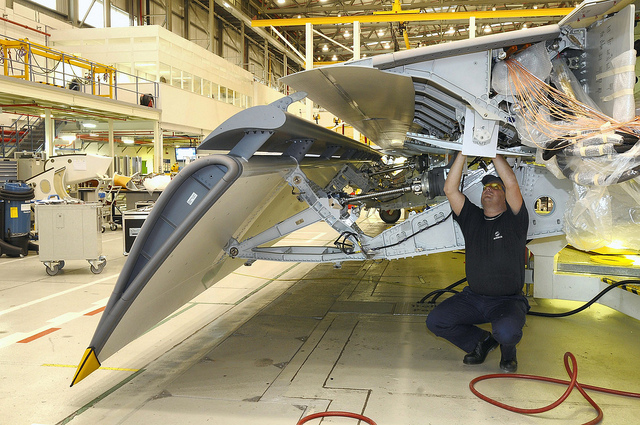 The statement, appearing on the MPs website, appears to accuse the governments of some EU member states of influencing Airbus into issuing their warning last week that a “No Deal” Brexit could lead to them leaving the UK.

Louise Harris commented:
“In his disgraceful statement, Jack Lopresti doesn’t even mention the local employees of Airbus until his final sentence, seven paragraphs in. Instead he rants and raves at one of our biggest local employers, completely oblivious and insensitive to the concern this announcement will cause a huge number of local workers.

“He accuses Airbus of being ‘in a state of confusion’, but he’s the one that seems to be in denial as he votes again and again to risk the local economy by supporting a hard Tory Brexit at any cost.

“Airbus leaving its sites here would be a disaster for Filton & Bradley Stoke, and the wider economy in the West. He clearly cares far more about propping up his party leader than speaking up for his constituents.”

Airbus UK states on its website that it employs “approximately 3000” people at its Filton site. All those jobs are at risk if Airbus decides to leave the UK.

Louise added:
“Consequences like 3000 jobs leaving Filton are coming up more and more. This is why the Lib Dems support a People’s Vote on the final Brexit deal.”

Image: A worker at Airbus in Filton works on a wing. ©Department for Business, Innovation & Skills