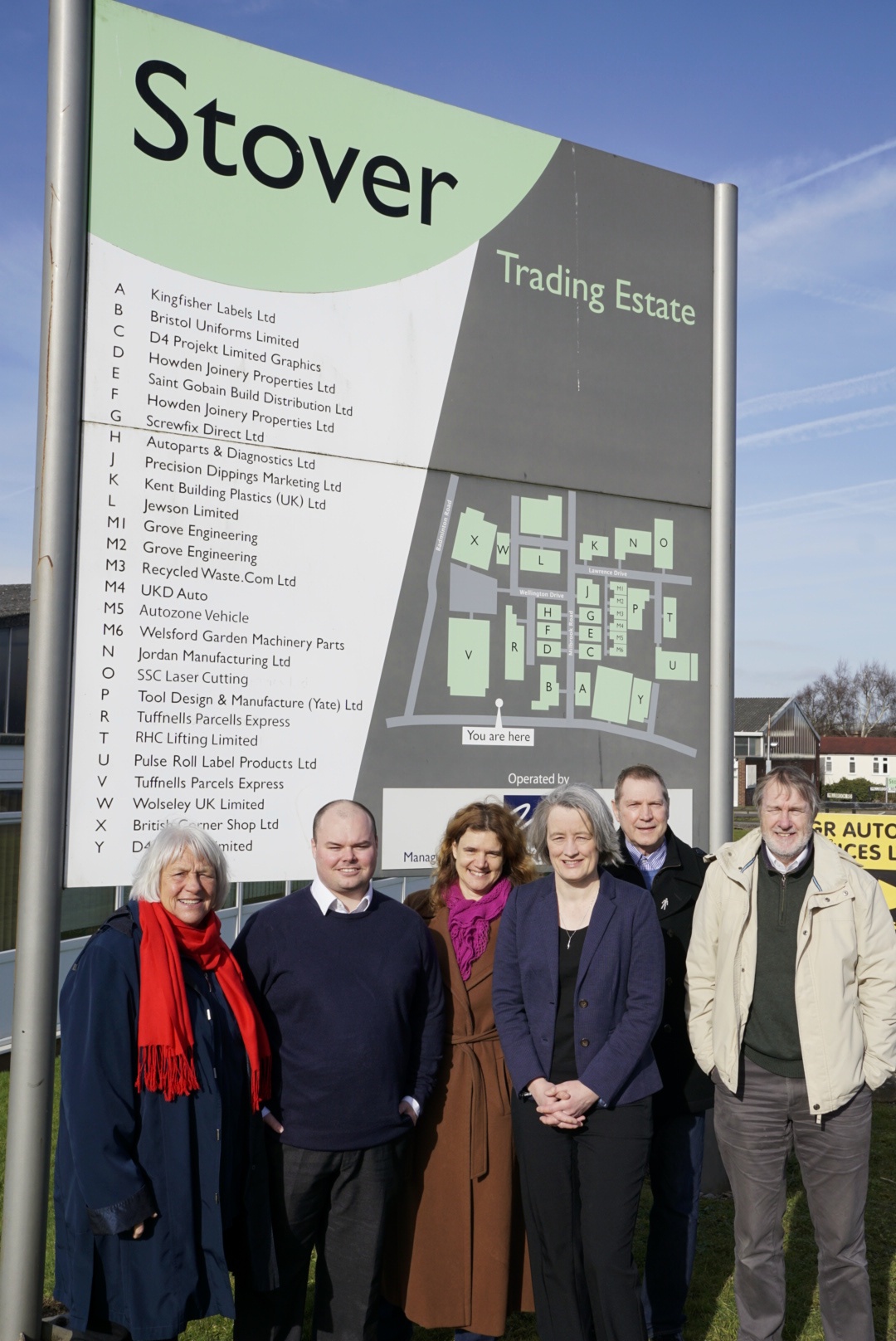 Liberal Democrat councillor for Westerleigh ward, Claire Young, has called upon South Gloucestershire Council to step up their efforts to kick-start the regeneration of the “western gateway to Yate.”

Cllr Young said: “The recent sale of the Stover Road trading estate offers a golden opportunity for the Council to work with the new owners to map out a plan for redeveloping the site. The Conservative administration have been very good at setting out their plans for the vast numbers of new houses they intend to build around Yate, but they also need to offer a vision for how they intend to improve life for local residents. I would like to see a far greater ambition from this administration – with plans to improve the range of local employment opportunities and a much improved Yate station with better train and bus services.

“At last week’s meeting of Council  I asked Cllr Matthew Riddle whether he would seek to bring together the owners of all the trading estates in order to kick start the regeneration of the western gateway to Yate - and whether he would commit to involving local councillors in that process. Cllr Riddle was non-comital, but said that he would think about it. I, and the other local councillors for the Yate area, would be happy to sit down with Cllr Riddle on a cross-party basis to advise him of what we think the Council’s priorities should be for the western gateway area. It would be a shame if the regeneration stalls because of a lack of leadership.”