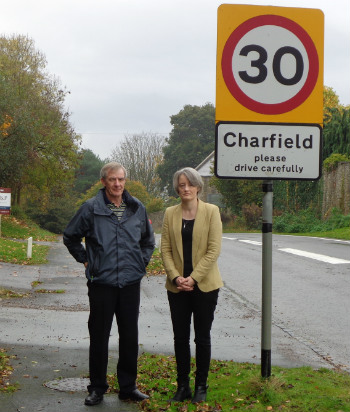 A plan that could have a major effect on our area has just been published. The "Towards an Emerging Spatial Strategy" has just been released that predicts housing over the four West of England Authorities for the next twenty years. The document contains proposals for a further 1,000 homes in Charfield, including improvements to Junction 14 of the M5.

These housing proposals will raise concerns among local people who already experience difficulty in accessing services where the existing infrastructure and public transport does not meet the needs of the local population.

You can take our survey by clicking here.