A petition organised by local MP Steve Webb and local councillors in support of the proposed cinema for Yate has gathered well over 1,000 signatures in less than two weeks 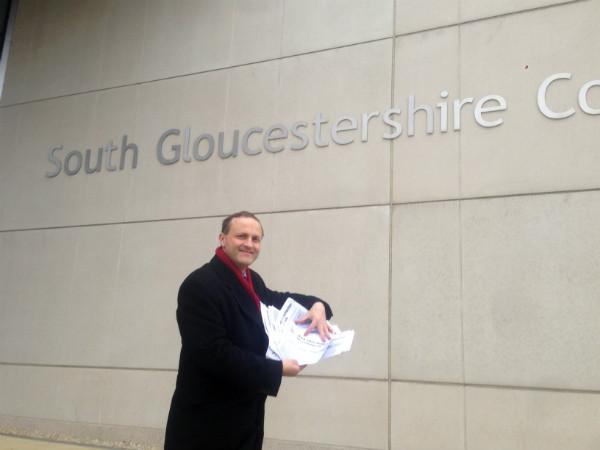 The MP launched the petition to demonstrate to South Gloucestershire Council the strength of local support for the plan for a multi-screen cinema to be built on the current overflow car park in Yate.   An online petition generated around 500 signatories, whilst a day of gathering petition signatures in Yate shopping centre produced another 700-800 people registering their support.   The combined petition was handed in to the Council offices on Friday 20thDecember, the deadline for public comment on the planning application.   The application, which is supported in principle by Yate Town Council, will be considered by councillors in the New Year.

“To get this many people supporting a petition in such a short space of time shows how keen local people are to have a major new cinema in Yate.   For years people have told me on survey forms and face-to-face that they want to see new facilities such as a cinema in the town, and there is a real chance that our campaign could now be on the brink of success.   I hope that councillors will now approve the principle of this application so that this long-awaited project can be brought to fruition.”