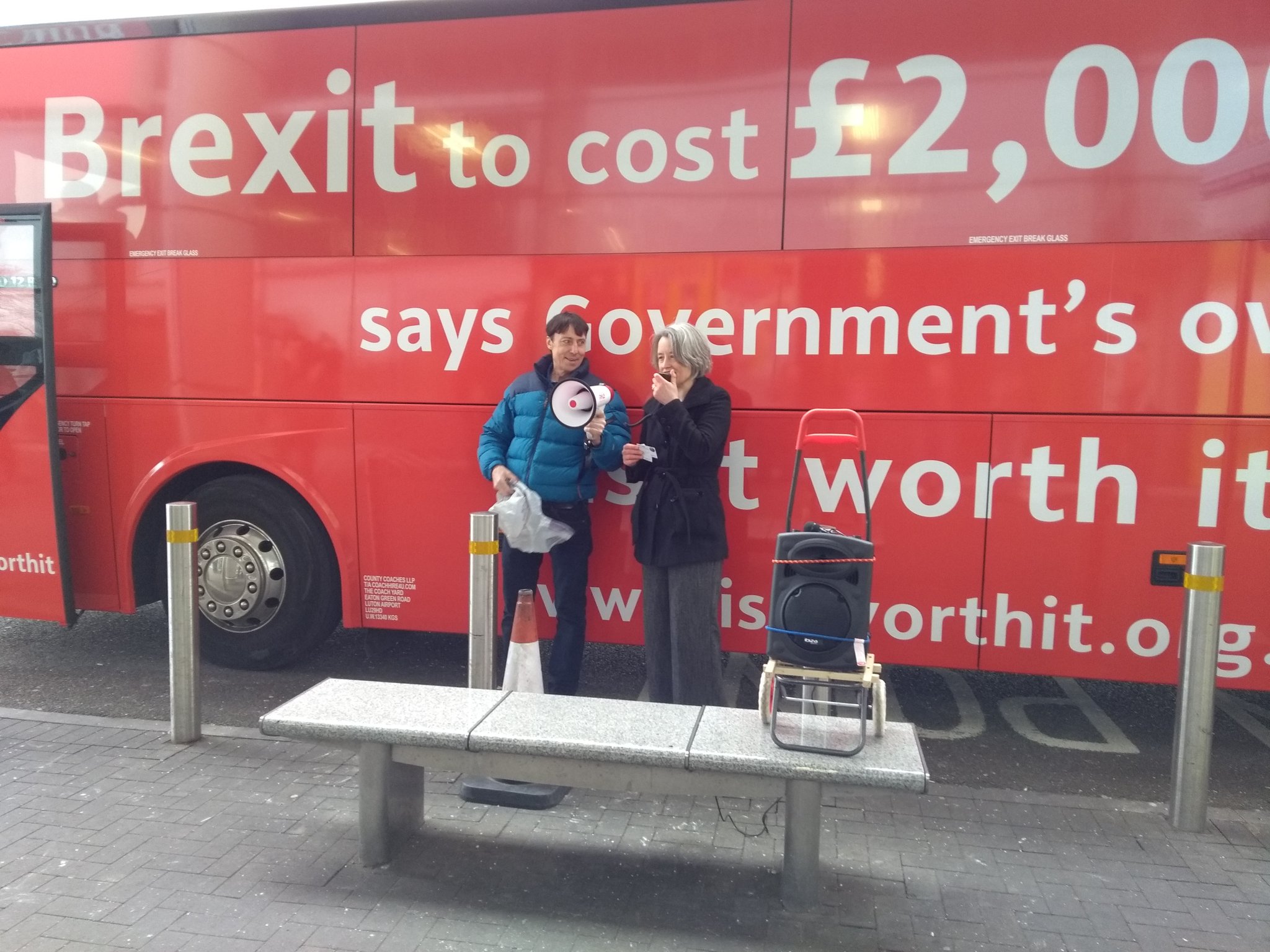 An anti-Brexit campaign bus made its way to Bradley Stoke today, as part of an 8 day tour of the country to tell the truth about the costs of leaving the EU. Liberal Democrat Parliamentary Spokesperson for Thornbury & Yate, Claire Young,  spoke at the “Is It Worth It?” campaign’s event.

Claire Young said: “Many people in South Gloucestershire voted for Brexit on the back of promises made by Boris Johnson that an extra £350 million a week would be available for the NHS. It’s now clear from the Government’s own economic analysis that this was a lie, and that the UK economy could stand to lose £2 billion a week as a result of Brexit, with a real cost in jobs, incomes, and the amount of money we have to spend on public services like the NHS. The point of the “Is it Worth It?” campaign is to call upon voters to demand a referendum on the terms of the Brexit deal – terms which were not set out in the 2016 referendum.”

Speaking at the event, Claire said:

“And it’s not just about money. The NHS and social care services rely heavily on EU staff who are already leaving the country, afraid for their future. Freedom of Information requests have revealed an alarming rise in the number of ambulance service staff from the rest of the EU leaving the service, at a time when there are increasing concerns about response times. A survey suggested that one in five European NHS doctors plan to leave the UK. Doctors can’t be replaced overnight. It takes around 10 years to train a GP, more like 14 for a surgeon.

“If in return for all the hits to the NHS, our jobs and so many other areas of our lives the final Brexit deal doesn’t give us more control, if instead it loses us power and influence, shouldn’t we have the chance to reject it and keep the good deal we already have in the EU?”

You can read more about the “Is It Worth It?” campaign at: www.isitworthit.org.uk