I was born in Birmingham in July 1965 where I lived with my parents and older brother. I attended the local comprehensive school until I was 18 before going on to Hertford College, Oxford to study Philosophy, Politics & Economics. I dropped politics after a year, because I wasn't very good at it! 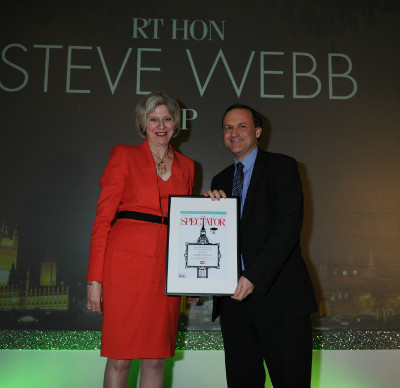 At the age of 21 I left college and began work in London with the Institute for Fiscal Studies, a non-party think-tank. I soon specialised in researching into poverty, taxes and benefits - interests which I have continued to this day.

Whilst working for the IFS I was often called on to offer independent commentary on political issues such as budgets, manifestos etc. and became a specialist adviser to Frank Field's Social Security Committee. During my time at the IFS I also spent some time in the Ukraine on a "technical assistance" mission with the IMF, advising on long-term pension and welfare reform. During my time at the IFS I met Helen, now my wife, who was then a curate at my local church in Clapham. We were married in 1993 and moved to the Bristol area in 1994 when Helen took up a post as a hospital chaplain at Southmead Hospital.

By about this time I was starting to get more interested in party politics, having joined the Lib Dems a couple of years earlier. In 1995 I was successful in getting myself chosen as the Lib Dem candidate for the Northavon constituency, just North of Bristol. However, as this had been a Conservative seat for decades with a majority of over 11,000 votes in 1992, it didn't seem like I was set for an immediate career change.

Because I was now a party political candidate, I had to leave the independent IFS and was pleased to be appointed as Professor of Social Policy at Bath University in 1995. I was even more pleased to become a father for the first time when our daughter was born at the end of that year.

For the following two years I campaigned hard in the constituency on a whole range of issues, from the NHS to schools, pensions to protecting the countryside. In May 1997 the General Election arrived, the votes were counted, and - to almost everyone's astonishment - I was duly elected to serve the Northavon constituency with a majority of 2,137 votes!

Since being elected to Parliament I have pursued my interests in pensions and benefits issues, as well as other things that concern me such as the problems of Third World debt. I also became a father for the second time, as my son was born in 1998.

I have spoken out regularly on local issues and whilst in opposition raised these by means of "adjournment debates". I have also been actively involved in the Christians in Parliament group and in a small cross-party group of MPs who meet together regularly to pray together and support each other and their families.

In the 2001 General Election I was re-elected as MP for Northavon with a majority of 9,877 votes, and continued as the party's lead spokesperson on "Work and Pensions" issues.

In the 2005 General Election, I was re-elected again with a majority of 11,033 and was appointed by Charles Kennedy as the Liberal Democrats' lead spokesman on Health.

In late 2006, I stepped aside from the Health role after I was appointed to head the group writing the party’s next General Election manifesto.

After the election of Nick Clegg MP to Lib Dem party leader in December 2007, I became the party's Shadow Secretary of State for the Environment, Energy, Food and Rural Affairs, and moved to shadow the new Department for Energy and Climate Change when it was created in October 2008.

In January 2009, I was appointed once again to shadow the Department of Work and Pensions, already the largest spending Government department and set to become a key focus during the present economic downturn.  I was also invited to join a small group of advisors on economic issues who met on a regular basis with party leader Nick Clegg to consider the best policy response to the recession. 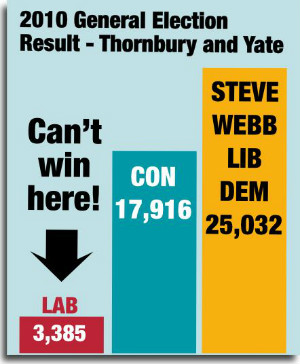 In May 2010, following boundary changes, I was elected as the first MP for the new Thornbury and Yate constituency, which comprises most of the old Northavon constituency.  Following the change of government at the election, I was appointed to serve as Minister of State for Pensions.